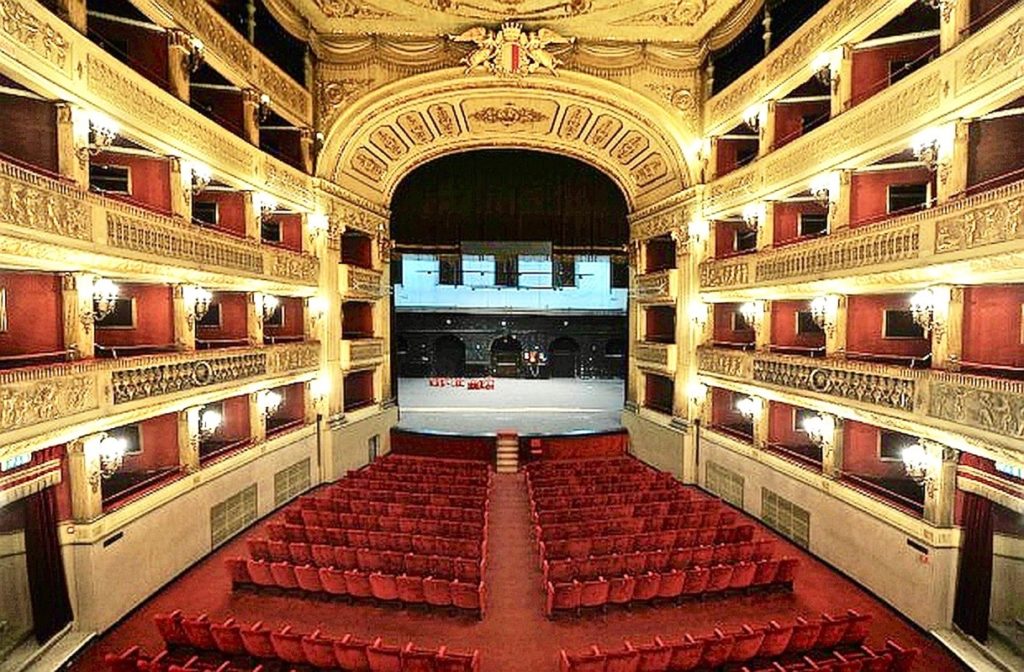 Teatro Niccolò Piccinni in Bari, newly restored, from 2020 will be a screening venue, in addition to Teatro Petruzzelli

Bif&st-Bari International Film Festival reaches every year 75.000 spectators, and in just ten editions, with its broad offer of the highest cultural level (the 2019 program, April 27 to May 4, presented 303 events over 8 days), it has become one of the leading cinematic events in Italy. The main venue of Bif&st is the most beautiful theatres in the world, the Teatro Petruzzelli. In 2019 Bif&st took place also in the great and freshly restored Teatro Margherita and in the 7 theatres of Multicinema Galleria. In the next edition (March 21-28, 2020) also the restored Teatro Niccolò Piccinni in Bari will be included, and in the future the Teatro Kursaal will be added.

Bif&st, which is under the High Patronage of the President of the Italian Republic, is promoted by Apulia Region in collaboration with the City of Bari and with the Cinema Directorate of the Ministry for Cultural Heritage and Activities. The festival is produced by Apulia Film Commission Foundation.

Festival president is Margarethe von Trotta. The late film director Ettore Scola, president for many years, is now honorary president. The founder and director is Felice Laudadio, current president of Centro Sperimentale di Cinematografia, past director of the Venice Film Festival and of the Casa del Cinema in Rome, and also past CEO of Istituto Luce and chairman of Cinecittà Holding.

Starting from 2020 Teatro Piccinni will host the ItaliaFilmFest section, presenting the best Italian films of the past year, awarded by a renowned jury of film critics. In the same theatre there will also be a program of eight recent films, each year from a specific country, introduced by their film directors and cast.